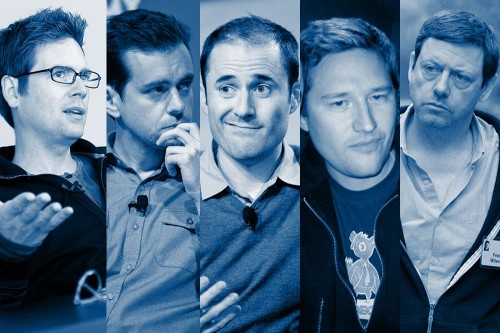 I’ve finished “hatching twitter” last night. Is a well written book about the history of twitter. I feel however that the only person to come out of it as a decent human being was Biz. Noah, that everyone touts as being screwed out of  twitter when it was founded, comes out as being unable to cope the pressures of starting a company. Ev as a entrepreneur who can’t make decisions or to have a concise vision for the company, and getting friends a job.

However the person that I think it hurts the most is Jack Dorsey. By the end of the book although he is shown as coming on top, having returned to twitter, having bought as $12M dollar house but without any friends.

Given recent news, both the companies seen as the proof of Jack being heir apparent to Steve jobs are in trouble. And that doesn’t work well for Jack.

First, Square is imploding, searching for a buyer. Given that is a payment company, it doesn’t play to his favor that one of the reasons he was ejected from CEO was his miss handling of twitter finances, according to the book.

The main problem with twitter is and always was the definition of what was twitter. The reason of why they can’t find find revenue or the right focus for the company is the inability to accurately explain actually is twitter. In fact the best description of twitter I’ve heard is “the web nervous system”.

I think twitter is by far different things for different people. for politicians and companies is a way to promote their message. For me is a way to have a low resolution insight to the life’s of people I care, while not feeling completely alone on earth. It can be other things, like self promotion, a pulpit or a theater stage.

What I think twitter should do (and this is me, a person who never founded shit or managed squat) is to focus on the third parties. One of the genius things that Facebook have done is to create a healthy platform where others can live. Twitter should be a intermediary between their network and the huge pool of apps that want to look to their network. Open up the fire hose, allow third parties to attach metadata to tweets or accounts. Focus of what little meaning you can extract from a tweet.

Make people pay for this access, and forget about advertising. Advertising is almost impossible to make it work on twitter. Either I’m following a company or you are forcing me to watch to crap their spew. This may work on Facebook with images and videos. But on Twitter is way too low res for this to work. On my android every “sponsored tweet” comes with a yellow mark that makes me think “fuck off”. I know that Gazprom Football promoted a tweet last week, but I cant remember shit about it. However I do remember on some Facebook ads, as shitty as they were.

Twitter is trying to fight mills that it can’t conquer, and my fear is that it may collapse.

The problem is that twitter isn’t a null value object. It has a intrinsic value. But if the walls come tumbling down on it self, it will be hard to prevent it from going to a sleazy ad network or something like that. Google would eat it up whole, Facebook doesn’t care. Maybe Microsoft or even worse yahoo. Either way would be a former shell of it self. And I guarantee that it will never be another Arab spring if things go under.