Right around christmas, I was seem an episode of House on my bed when I moved and listen a sudden snap. As it turned out, my headset jack just had snapped inside the hole. Half of it was inside. I thought, no problem, the next day at work I get some tweezers and remove it. Well trying to remove it make it go in even further. The problem was that the audio hole has a constriction so that the jack doesn’t come easily. Also, because the jack now was so inside, it had turned on the digital out and no audio was coming out from the speakers. The next step was to use something to remove it, but what? 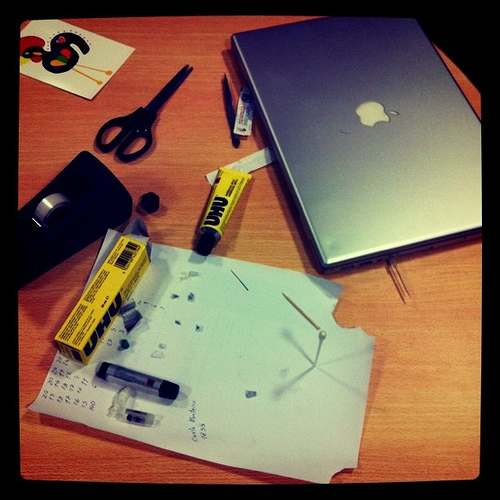 I needed something that I could stick inside that hole and with enough length for me to pull. I got the idea of using a toothpick with some superglue on cut tip to remove it. 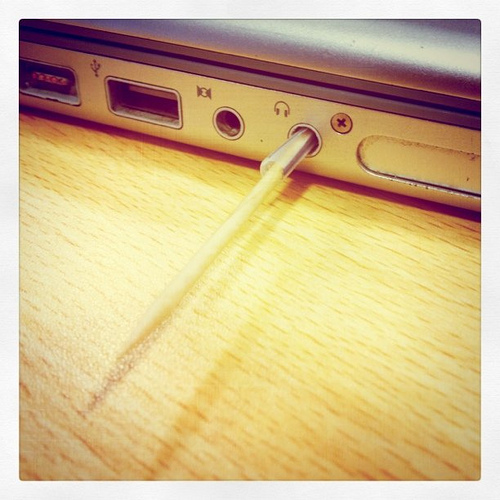 Well that didn’t work, the contact surface was just too small to create enough grip to overcome the constriction. Next on the list was the same idea, but using a Q-tip. Maybe the glue could melt some plastic and create a harder connection between them. But no, that didn’t work either. So the next obvious step was to disassemble the computer and try removing it from inside.

As I was reaching it, I just remembered that the audio jack serves both analog and digital audio. That means that the jack is a complete assembly connected to the motherboard, impossible to remove easily. So I’ve reassembled the computer (and in the process I forgotten to connect the CD-ROM ZIF cable, so now I don’t have a CD-ROM drive).

I searched for a solution but from all I’ve read in blogs and other sites the only solution from here was to replace the motherboard, or work without audio. What do you do in a case like this? Well, you play the MAcGyver theme (which I religiously carry in my iPhone for situations like this) and go all balls out.

I went to my father and said that I needed to get this out of the computer. Use of extreme force was authorized. So he offered me one choice. He has a precision drill bit 2 mm thick that could use in a electric or a manual drill. I choose the manual because the electric has so much power that actually would remove the jack but also half the motherboard, the speakers and the power unit. This manual drill was from my grandparent and you literally have to crank it. For stability I placed the laptop in a clamp. The image looks even worse than it sounds.

I drilled enough to create a small hole and then with some patience I used the drill bit protrusions to pull it out. I almost shredded my laptop but the jack did came out. 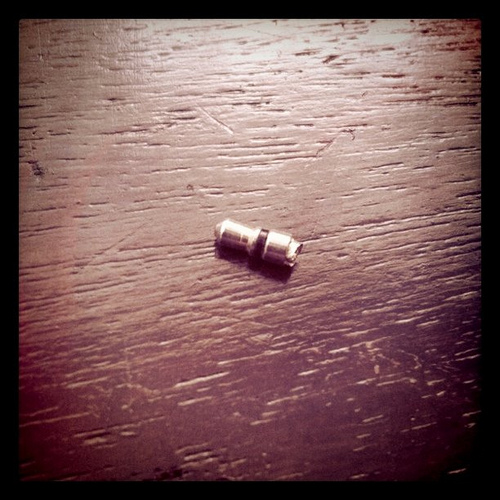