This morning while I was walking to my job I saw some hideous car parked and remembered Steve Jobs talking about car design back in the day. And then I got this crazy idea: What if Apple designed a car?

This is actually a running joke for fans of the brand but seriously, think about that for a minute. What kind of car would it be? Would it be small and hipster like a Mini or Smart, or a sports car like Porsche or Tesla. It would have a incredible design for sure but how would it look like? In my head it would be mixing both some kind of futuristic look and simplicity. The only thing I can come up is this Audi from 2004 “I Robot”: 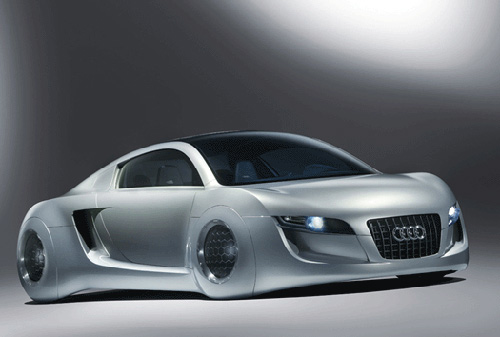 It would probably be the most comfortable car ever made. Their attention to this kind of detail is legendary (remember the light sensor mimicking breathing patterns?). Also how would the In-Car Entertainment system be? And as Pièce de résistance, imagine having as car service and mechanic an Apple Store?

I wish the thing they are saving their money for was this, mostly because I need to buy a car.